Want to play series against India before retirement, says Misbah-ul-Haq 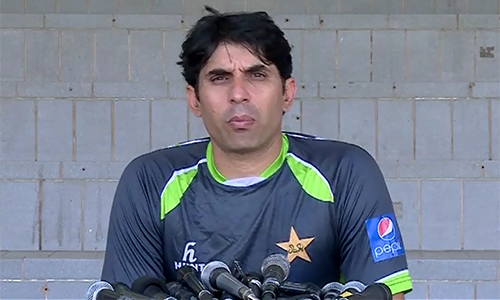 Want to play series against India before retirement, says Misbah-ul-Haq

LAHORE (92 News) – Pakistan Test cricket team captain Misbah-ul-Haq has on Saturday said that he wishes to defeat England in their home ground. Talking to media in Lahore on Saturday, he said that just like everyone else he wanted to witness and play in an India-Pakistan series and termed the Board of Control for Cricket in India (BCCI) invitation to Pakistan Cricket Board a positive step. "It is my desire to play a series against India before I retire and as far as retirement is concerned I have taken no decision on it. When I do I will inform the Cricket Board (PCB) about it," Misbah said. He also talked about next year's tour to England. “I wanted to play and win next year’s series against England in their home ground,” he said.