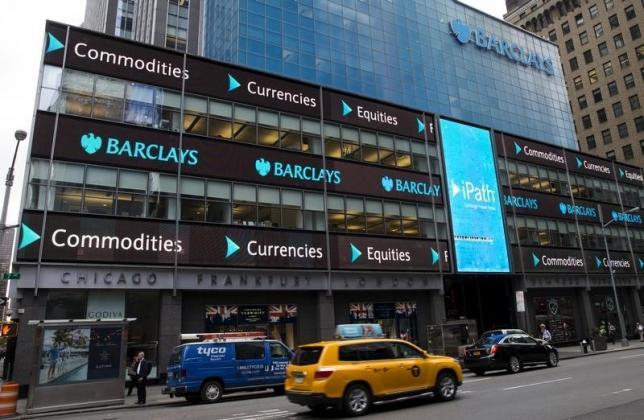 LONDON - Britain's markets watchdog said on Thursday it had fined Barclays (BARC.L) 72 million pounds for cutting corners on checking customers for potential financial wrongdoing. The Financial Conduct Authority (FCA) said the failings related to a 1.88 billion pound transaction that Barclays arranged and executed in 2011 and 2012 for a number of very wealthy clients. "The clients involved were politically exposed persons and should therefore have been subject to enhanced levels of due diligence and monitoring by Barclays," the FCA said in a statement. "Barclays did not follow its standard procedures, preferring instead to take on the clients as quickly as possible and thereby generated 52.3 million in revenue," the FCA said. Just over 52 million pounds of the penalty comprised disgorgement, meaning the profit Barclays made on the transaction. That is the largest disgorgement penalty ever imposed by the FCA. The watchdog declined to name the clients involved in the transaction, known as an "elephant deal" because of its size. Barclays agreed to settle at an early stage in the investigation, thus qualifying for a 30 percent discount on the fine. Barclays said the FCA made no finding that the bank facilitated any financial crime in relation to the transaction or the clients on whose behalf it was executed. "Barclays has cooperated fully with the FCA throughout and continues to apply significant resources and training to ensure compliance with all legal and regulatory requirements," Barclays said in a statement. -Reuters