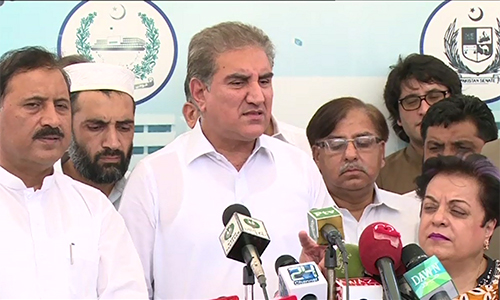 ISLAMABAD (92 News) – PTI vice-chairman Shah Mahmood Qureshi has said that the party MNAs will not come to the National Assembly till decision on de-seating. Talking to the media, he said that they do not want to prolong the resolutions issue. He said that all the parties want to see them in the assembly except the JUI-F and the MQM. Meanwhile, Railways Minister Kh Saad Rafique said that Imran Khan is not quitting the blame game. “Had we wanted to oust the PTI MNAs from the assembly we would have done it much earlier,” he said.