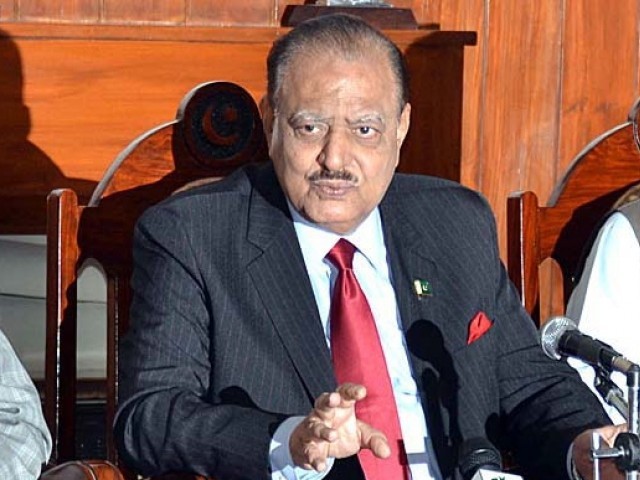 ISLAMABAD (92 News) – President Mamnoon Hussain has said that terrorists cannot demoralize Pakistanis. Addressing the two-day 6th Think Tank Forum of the Islamic Countries on Saturday, he said that religious extremism, cyber insecurity and environmental pollution were new non-traditional threats. “We will not let extremists deface identity of Islam,” the President said. The forum is being jointly organized by the Pakistan-China Institute (PCI), the Turkish Asian Center for Strategic Studies (TASAM), Konrad Adenauer Stiftung (KAS) and Pakistan’s Senate Committee on Defence.