Weapons seized in Azizabad raid handed over to Pak Army


KARACHI (92 News) – The weapons seized during a raid at a house in Azizabad near the headquarters of Muttahida Qaumi Movement (MQM) Nine-Zero yesterday has been handed over to Pakistan Army on Thursday.

The law enforcement agencies had yesterday foiled a terror plot by recovering huge cache of weapons and explosive material during a raid in Azizabad area.

Police carried out an intelligence-based raid at an abandoned house in Azizabad area near Muttahida Qaumi Movement’s (MQM) headquarters Nine-Zero.

The seized weapons include anti-aircraft guns, anti-tank mine, Kalashnikov, 9mm, LMG, SMGs and other explosives. The weapons were concealed in the water tank of the house. 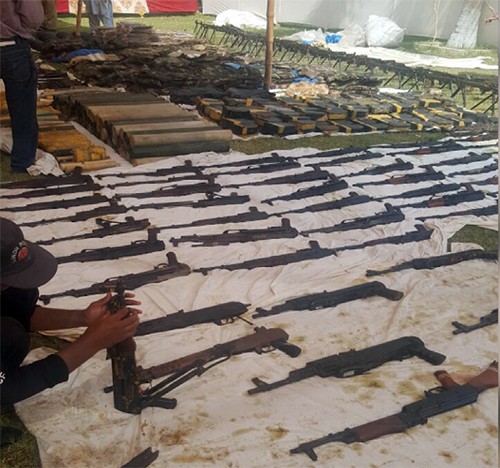 The weapons were likely to be used for terrorism in the city.

Sources in the area said that police searched the house for around seven hours after which the weapons were transported on a mini truck.

Sources said that the investigating agencies have launched operation for the arrest of the culprits.

Talking to 92 News, DIG West said that the police do not have safe place to keep seized explosive material. 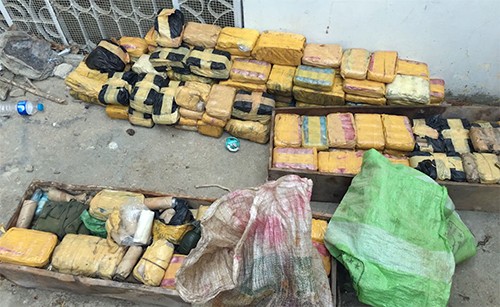 The terrorists of a banned organization can target police officers, lawyers and doctors. After the reports, authorities concerned have issued directives to beef-up security across the city.