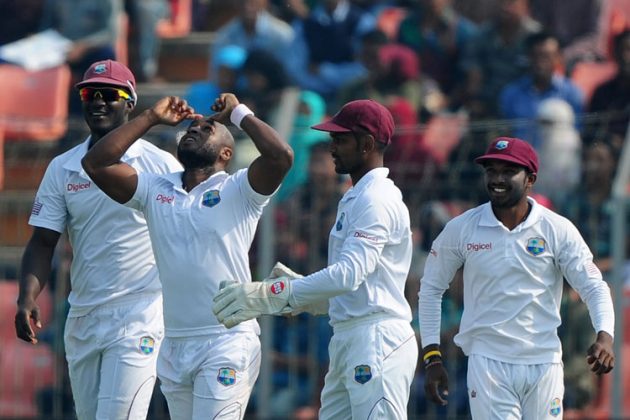 KINGSTOWN - The West Indies have named an unchanged 15-man squad for their three-test tour of Australia, with the main change coming in the reinstatement of head coach Phil Simmons. Simmons was suspended in September for questioning the continued omissions of all-rounders Dwayne Bravo and Kieron Pollard. But neither Bravo nor Pollard is included in the squad for Australia, with the selectors opting to keep faith in the same players who have just lost two Tests in Sri Lanka. Before that, Australia beat West Indies in two tests in the Caribbean in June. Allrounder Jason Holder captains the side for Australia, which also includes legspinner Devendra Bishoo, one of the few bright spots from the June series. Bishoo took 6/80 in the first innings of the first test in Dominica. The first test in Australia will start in Hobart on Dec. 10, followed by further tests in Melbourne (from Dec. 26) and Sydney (Jan. 3). Squad: Jason Holder (capt), Kraigg Brathwaite, Devendra Bishoo, Jermaine Blackwood, Carlos Brathwaite, Darren Bravo, Rajindra Chandrika, Shane Dowrich, Shannon Gabriel, Shai Hope, Denesh Ramdin, Kemar Roach, Marlon Samuels, Jerome Taylor, Jomel Warrican -Reuters