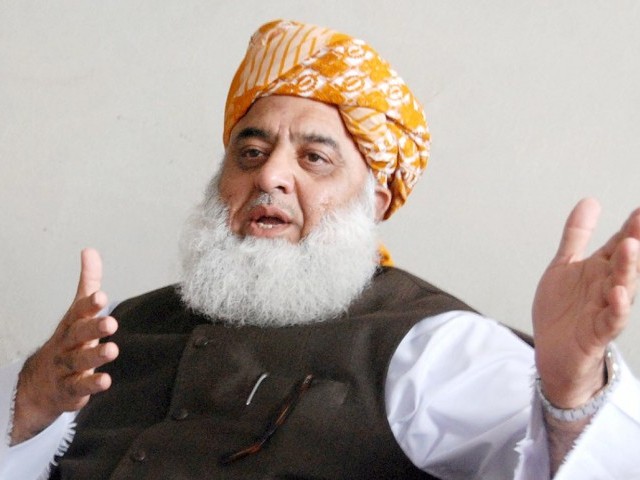 Addressing the Martyred Conference in Larkana on Sunday, the JUI-F chief said that Pakistan came into being on the basis of a vision and the visions cannot be changed on daily basis.

He said that they will not let Pakistan be a liberal country, instead the leaders should make Pakistan a religious country.

Moulana Fazlur Rehaman said that the entire Western world has joined hands against Islam and Islam is being presented in the world as extremist religion, adding that those who claim to be peacekeepers have spread destruction in in Afghanistan, Libya and Iraq.