WELLINGTON (92 News) – Morna Nielsen, the New Zealand Women bowler, who played 96 limited-overs internationals, has announced her retirement from all forms of the game.

Nielsen, 28, made her international debut in a one-day international against Australia in February 2010 in Adelaide, and went on to play 52 ODIs as well as 44 Twenty20 Internationals.

A structural engineer by training, Nielsen started her domestic career in 2007 as a left-arm medium pacer with Northern Spirit before turning to left-arm spin – she made her White Ferns debut after becoming a spinner – and left having spent over a decade playing with Spirit and then Otago Sparks.

“Looking back on my career, it was awesome to have the opportunity to play at so many different places both domestically and internationally and to do so with people who are now lifelong friends,” she said while announcing her decision to retire.

“It was also an interesting time to be involved with the changing landscape of the women’s game. It opened up opportunities I never thought possible such as the Women’s Big Bash in Australia and Super League in England.”

Among her best moments on the field was the spectacular 4-0-4-0 against Australia in the ICC Women’s World T20 2016 in Nagpur, and reaching the No.1 position in the MRF Tyres ICC Women’s T20I Rankings for bowlers in 2014. 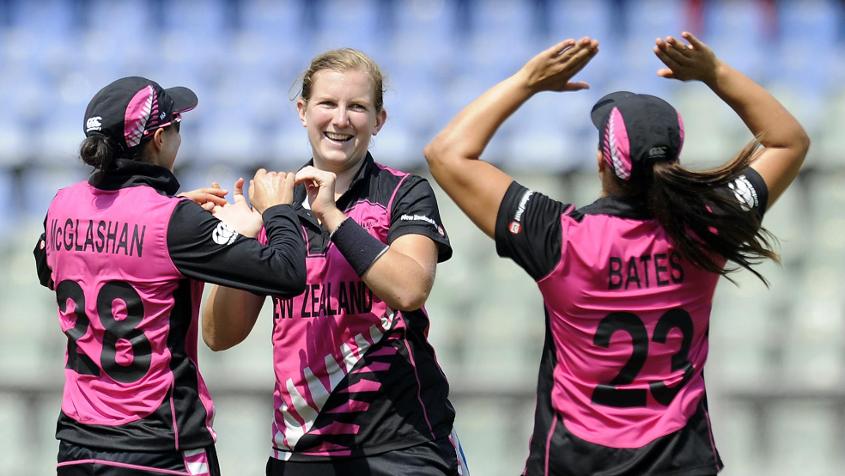 “Morna was extremely hard working and always willing to adapt and change as the game did. She can be proud of her career with the White Ferns and we wish her every success in life after cricket,” Haidee Tiffen, the national team coach, said.

She now plans to return full-time to engineering: “A big thanks must go to my work – BCD Group. They have been so supportive of my cricketing endeavours and now it’s time to get stuck into actually doing some work!

“I’ll still be keeping a keen eye on the Sparks in their domestic competitions. There’s an enormous amount of talent in the squad and they are a great bunch of girls.”