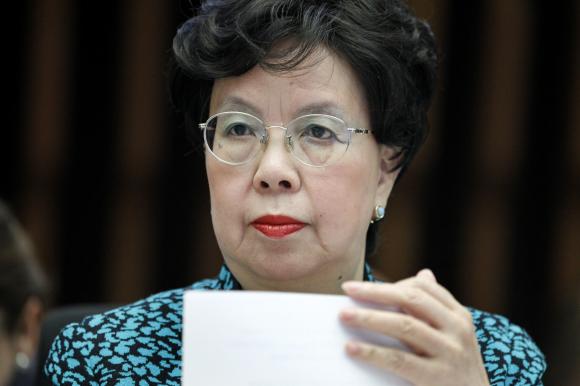 LONDON (Reuters) - The World Health Organization called on developing countries on Thursday to invest $1 per person per year until 2030 to tackle 17 neglected tropical diseases (NTDs) and improve the health and well-being of more than 1.5 billion people. Forecasting a total of $34 billion needed to fight NTDs for the next 16 years, the WHO said governments whose people are blinded, disfigured and killed by such diseases should recognize the great potential human and economic return on tackling them. "Increased investments by national governments can alleviate human misery, distribute economic gains more evenly and free masses of people long trapped in poverty," WHO director-general Margaret Chan said in a report. The investment would represent as little as 0.1 percent of current national health spending of the low and middle-income countries affected by NTDs, the WHO said, and could also encourage international donors to increase aid. NTDs such as river blindness, rabies, guinea worm and elephantiasis cause disfigurement, disability and death among millions of poor people in developing countries. Also among the 17 being targeted by the WHO are Human African trypanosomiasis, or sleeping sickness -- a parasitic infection spread by tsetse flies that is almost 100 percent fatal without prompt diagnosis and treatment -- and dengue, sometimes known as "breakbone fever" -- a mosquito-borne disease that in its severe form can cause lethal complications. Dirk Engels, the WHO's director of NTD control, told Reuters that while NTDs often affect the poorest people in a country, many of those nations where they are endemic are middle-income economies where growth is accelerating. "Endemic countries can play their part," he said in an interview in London. "Some endemic countries are fast developing, and as they move up the ladder they also have more means to pay for tackling NTDs." The WHO report noted some progress, for example against Dracunculiasis, or guinea-worm disease, of which there were just 126 cases reported in 2014 compared to almost 1,800 in 2010 and 3.5 million in the mid-1980s. "Eradication of this disease is achievable with continued effort and investment," it said. Engels also said the devastating Ebola epidemic in West Africa in the past year highlighted to developing countries the risk of doing nothing to tackle diseases often ignored by unaffected wealthy countries. "Ebola has shown that when there is real urgency, something can be done (by foreign donors and pharmaceutical companies)," he said. "But it's also shown that maybe we shouldn't wait until it is urgent."