During his visit to Peshawar, the Army Chief was briefed on the security situation in Khyber-Pakhtunkhwa and Federally Administered Tribal Areas, Operation Zarb-e-Azb and other ongoing operations being carried out in Khyber Agency, according to Director General (DG) Inter-Services Public Relations (ISPR) Major General Asim Saleem Bajwa.

The army chief said the terrorists who are squeezed in isolated pockets would be targeted with precision.

General Raheel Sharif said the army would continue to fight against terrorists from urban and remote areas at all costs to bring peace and prosperity in the country. 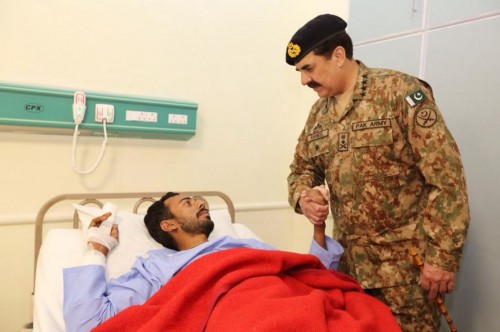 He also visited Combined Military Hospital in Peshawar and met wounded army personnel. He said that their resolve and indomitable spirit is highly reassuring and is an asset for the army and nation.