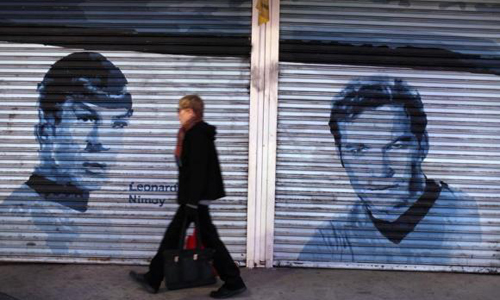 LOS ANGELES (Reuters) - William Shatner cannot attend the funeral of his friend and "Star Trek" co-star Leonard Nimoy because of a prior commitment for a charity ball, the actor said on Twitter on Saturday. Shatner and Nimoy portrayed the two best-known characters on the original "Star Trek" television series launched in 1966 and in a series of films, with Shatner playing the adventurous Captain Kirk and Nimoy as the logic-bound, half-alien Mr. Spock. Nimoy, who had battled chronic obstructive pulmonary disease (COPD), died on Friday at age 83 at his home in the Bel Air section of Los Angeles. Shatner said in a post on Twitter that he was in Florida, having previously agreed to appear at a Red Cross ball. "Leonard's funeral is tomorrow. I can't make it back in time," Shatner wrote, adding "I feel really awful. Here I am doing charity work and one of my dearest friends is being buried." The Florida Weekly reported the ball in Palm Beach would feature Shatner, actress Shirley MacLaine and singer Wayne Newton. Nimoy's portrayal of Spock became one of science fiction's best-known, most beloved characters. He had many other acting roles, and also was known for his books, poetry and photography. Shatner, in other posts on Twitter, asked people to go online on Sunday to celebrate and remember Nimoy.