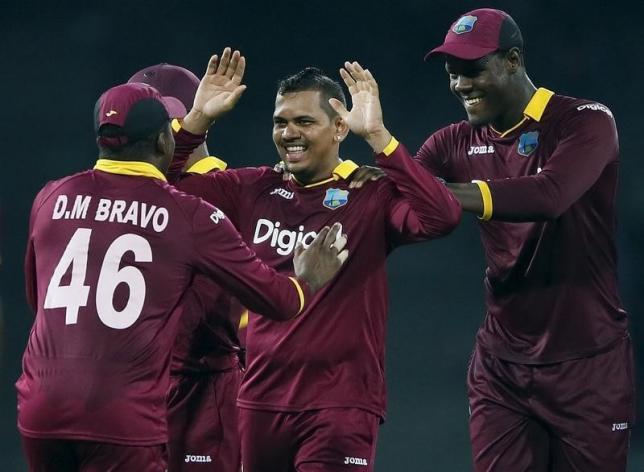 DUBAI – West Indies off-spinner Sunil Narine has been reported for a suspect bowling action during Saturday's third and final one-dayer against Sri Lanka, the International Cricket Council (ICC) said. "The match officials' report, which was handed over to the West Indies team management after the match, cited concerns about the legality of the 27-year-old's deliveries," the ICC said in a statement on Monday. "He is required to undergo testing within 14 days, and, during this period, Narine is permitted to continue bowling in international cricket until the results of the testing are known," it added. The ODI series in Sri Lanka, which the hosts swept, marked Narine's return to international cricket after being reported first during the 2014 Champions League Twenty20 tournament in which he represented Kolkata Knight Riders (KKR). Even though he was free to bowl in international cricket, his board withdrew him so that he could remodel his action. Narine, who has played six tests and 55 one-day internationals, was subsequently picked for the World Cup in Australia earlier this year but the spinner pulled out saying he needed more time to fine tune his action. The kinks in his action resurfaced again in this year's Indian Premier League Twenty20 competition with the KKR spinner being reported again. –Reuters