Woman, her two daughters among four die as van catches fire in Rawalpindi 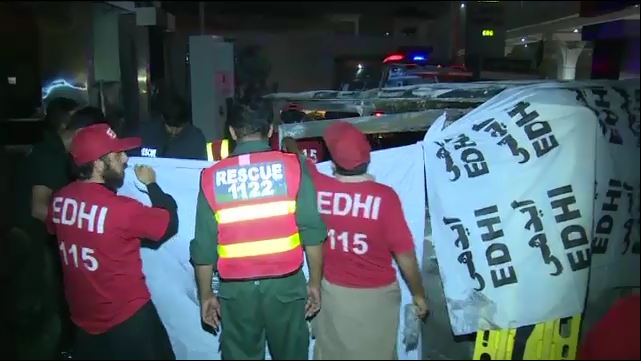 Woman, her two daughters among four die as van catches fire in Rawalpindi

RAWALPINDI (92 News) – At least four persons including a woman and her two daughters were killed when a van catches fire at a petrol pump in Shamasabad area on Saturday. Police said that three cars and two motorcycles also gutted due to the fire. The bodies were shifted to Holy Family Hospital. Rescue workers could not reach the spot.