ISLAMABAD (92 News) – The World Water Day was observed across the country and elsewhere across the globe in a befitting manner.

The United Nations General Assembly designated March 22 as the World Water Day since 1993, following a resolution taken in Rio, Brazil, in 1992 when demands were made to designate a special day for water resources.

The day was first celebrated on March 22, 1993 and aims to focus on the importance of water and need to preserve it.

An analysis shows that at least 200 cities across the world have been facing a severe water crisis while 10 metropolitan cities, among them Karachi, were fast moving towards ‘Day Zero’—a situation where taps start running dry.

The assessment by Down To Earth, a magazine published by green think-tank Centre for Science and Environment (CSE), sounds alarm bells for many cities across the globe on the occasion of the World Water Day which is observed every year on March 22. 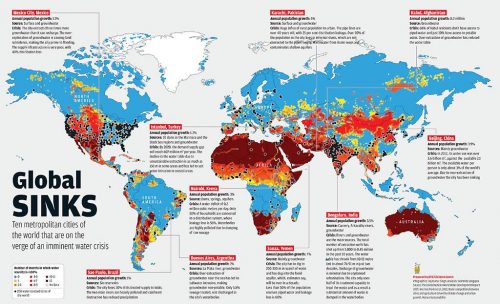 The report says Karachi Water and Sewerage Board (KWSB) barely meets 50 percent of the city’s total requirement even as its population grows by 5 per cent per annum.

Though 60 per cent of the households are covered by KWSB network, all they receive is water at a low pressure and for a few hours. The 12 community points meant for informal settlements, catering to over 50 percent of the city’s population, barely yield any water and people invariably resort to tanker mafias.

In Karachi, for instance, only 57 per cent of the households have proper sewerage systems. This means a large amount of raw sewage gets washed away into open drains, contaminating leaky pipes, shallow aquifers and the Lyari and Malir rivers that are the major water sources of the city.

A 2007 report of the Asian Development Bank says Karachi dumps around 340 million cubic metres of wastewater into the Arabian Sea every day; the Lyari and Malir get polluted immensely. 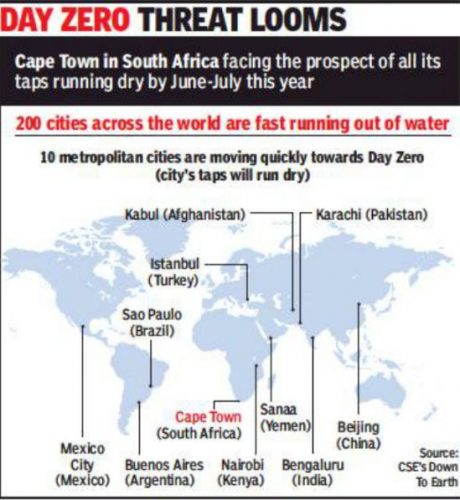