SRINAGAR (92 News) – In the Indian-held Jammu Kashmir, Youm-e-Taqadus will be observed today, to condemn the act of desecration at the historic Jamia Masjid, Srinagar.

Call for the observance of the day was given by Chairman Awami Action Committee, Mirwaiz Umar Farooq while addressing a committee meeting in Srinagar. 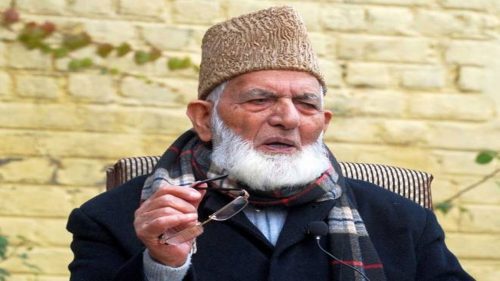 All Parties Hurriyat Conference Chairman Syed Ali Gilani and other Hurriyat leaders have paid glowing tributes to the youth martyred by Indian troops in Tral area of Pulwama district in IHK.

Syed Ali Gilani in a statement in Srinagar said the troops on one hand kill Kashmiri youth and on the other use brute force against those who protest against the killings.

He expressed serious concerns over the prevailing situation in the territory and said authorities have virtually converted the territory into a battlefield. 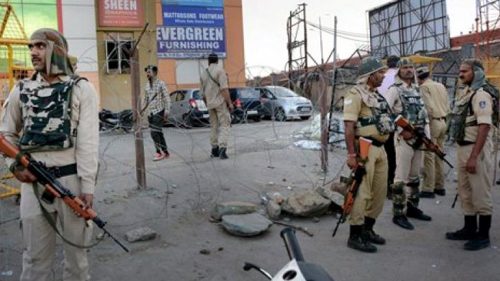 Earlier on Thursday Indian troops in their fresh acts of state terrorism martyred three more youth and injured several others in Tral area of Pulwama district in IHK.

The troops killed the youth during a cordon and search operation in Gulshan Pora area of Tral. The killing triggered massive anti-India demonstrations in the area.

Meanwhile, Jammu and Kashmir Liberation Front Chairman Muhammad Yasin Malik has sought the intervention by international community on urgent basis to save the Kashmiri people from India’s wrath.