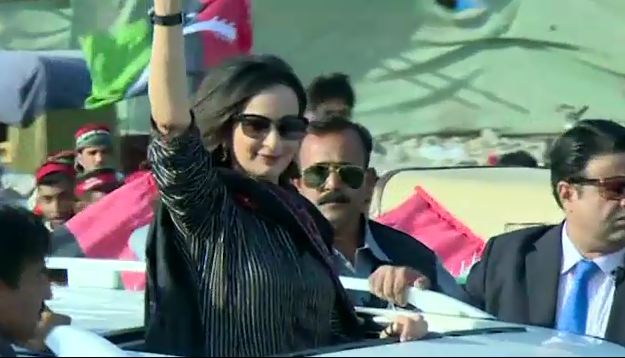 KARACHI (92 News) – Pakistan People’s Party (PPP) has on Sunday staged a massive rally in Karachi in connection with the local government elections and to mark the party’s “Youm-e-Tasees”.

Large number of people were present in the rally organized by PPP’s senior leaders. The rally started from Bilawal House and will end at Sparco Intersection after passing through the areas of Shireen Jinnah Colony, MT Khan Road and Mauripur.

Addressing the rally, the PPP leader Sherry Rehman said that the people of Sindh have rejected the Pakistan Tehreek-e-Insaf chairman Imran Khan, adding that the country’s financial hub cannot be handed over to Patwari’s and players.