Young doctors stage protest in favor of their demands


LAHORE (92 News) – Young doctors staged a protest demonstration and sit-in on Tuesday outside Services Hospital and blocked its main thoroughfares for vehicular traffic.

The protesters staged a sit-in and chanted slogans in favor of their demands.

They said that with the increase in inflation, their salaries are too low. 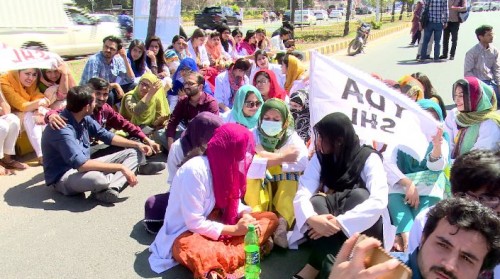