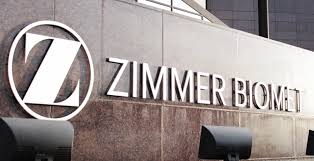 WARSAW - Indiana-based medical device manufacturer Zimmer Biomet Holdings Inc was cleared of liability in the first of more than 900 US lawsuits to go to trial over claims that its NexGen Flex knee replacements were prone to painful, motion-impairing loosening. Following a three-week trial in the US District Court for the Northern District of Illinois, jurors returned a verdict for Zimmer in the lawsuit brought by Kathy Batty, according to Zimmer spokeswoman Monica Kendrick. Batty, who suffers from degenerative joint disease, underwent a total knee replacement on both knees in 2009 using Zimmer’s NexGen Flex system. Within a year, she said she began to experience severe pain, leading her to replace the implants in 2011. She and other plaintiffs had accused the company of designing a flawed product and failing to warn doctors about its potential risks. While the outcome of Batty’s trial will not be binding on other cases, it is a critical early win for Zimmer in the consolidated federal litigation, which currently contains more than 900 cases. The victory is particularly significant because lead plaintiffs’ lawyers had selected Batty’s case for the first trial, signaling their belief that it was one of the “strongest cases in this litigation,” Kendrick said in a statement. Kendrick said the company was pleased with the verdict and looked forward to defending its NexGen Flex products “in as many trials as are necessary.” Lead lawyers for Batty did not immediately return requests for comment. Zimmer’s NexGen Flex was cleared for sale by the US Food and Drug Administration in 2007, and was designed to offer greater flexibility than standard knee devices. Plaintiffs said the marketing for the devices falsely implied that patients could engage in activities involving frequent knee flexing, when in fact the devices could not withstand the additional force and strain. They said that a flaw in the NexGen Flex design could cause it to loosen prematurely, requiring additional surgery to fix or replace. Zimmer has denied that the devices are defective and said they have a successful track record. It argued that Batty’s alleged injuries may have been caused by other factors, such as infection. Zimmer Holdings Inc’s $14 billion purchase of rival device maker Biomet was approved earlier this year, creating Zimmer Biomet. The case is Batty v. Zimmer, US District Court for the Northern District of Illinois, No. 12-6279. -Reuters