According to a notification issued on Tuesday by cabinet division, the PM has appointed Zulfiqar Bukhari as his special assistant on overseas Pakistanis and human resource development with the status of Minister of State. 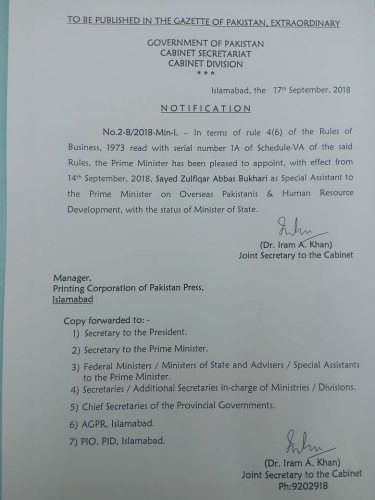 Earlier, the National Accountability Bureau (NAB) began a probe into offshore companies held by Bukhari. The anti-graft body is investigating the use of his offshore companies to buy dozens of expensive commercial properties in London.