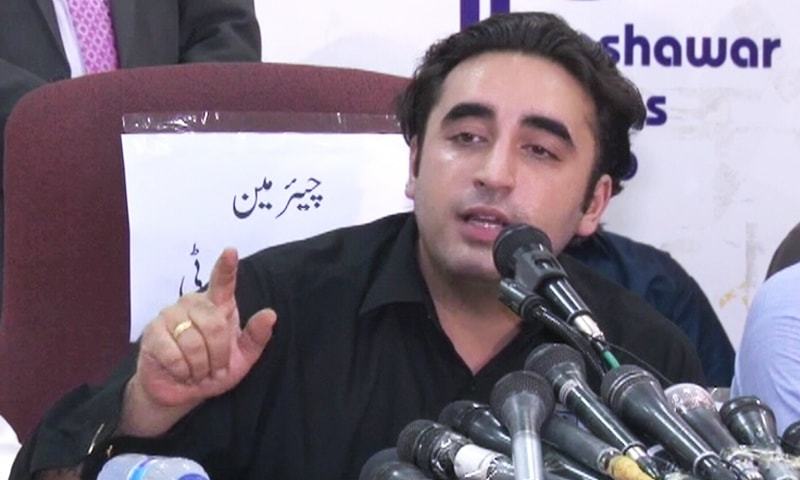 KARACHI (92 news) – Pakistan Peoples’ Party (PPP) chairman Bilawal Bhutto Zardari on Friday termed the current political situation in the country as a reversal of democracy. Addressing a press conference in Peshawar, the PPP chairman said, “We are on a reverse course. Today, people and media do not have as much freedom as they did during the tenure of the PPP.” Bilawal Bhutto also slammed the government for acting like an opposition. “Who will rule when both the government and the opposition are acting like the opposition?” he asked. The PPP chairman said that for the first time in the country’s history, elected governments and civilian parliaments completed their terms in the past 10 years, adding that it is believed that if the democratic transition is completed for a third time, then the anti-democratic forces and dictators would find it very difficult to attack democracy and become illegitimate leaders of the country again. He has expressed resolve to protect at all costs the 18 Constitutional Amendment, promulgated during his party’s last tenure. “Throw my whole family in prison, but PPP will not compromise on 18th amendment and we will not change our stance on freedom of speech,” he said. Despite serious concerns over the 2018 elections, Bilawal said, his party’s timely action of convincing other political forces of the country to become a part of parliament and the democratic process, avoided a constitutional crisis in the country. https://www.youtube.com/watch?v=wu-k4Pcmuwo Earlier today, the opposition’s Rehbar Committee held on Friday and decided to announce the joint candidate for Senate chairman on July 11.

The 11 member committee of opposition parties held its first meeting in Islamabad, took an oath of confidentiality and formulated a policy to run anti-government movement.

Two members each from Pakistan Muslim League-N (PML-N) and the Pakistan Peoples’ Party (PPP), while one member each makes up the Rahbar Committee. The committee decided about future course of action in the meeting, including the removal of Senate Chairman Sadiq Sanjrani.